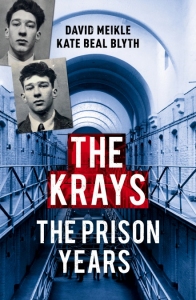 In the 60s, Ronnie and Reggie Kray were Britain’s most notorious gangsters. With violence and intimidation they were the kings of London. They sipped champagne with celebrities and rubbed shoulders with politicians. They were untouchable.

After an undercover operation, the Kray twins were found guilty of murder and sentenced to life in prison. They were just 35 years old.

But once inside, the twins were determined to make their stay truly historic. The twins began earning more money inside than they ever did on the streets. They sold branded t-shirts and memorabilia and they allowed books and films to be published about their lives. They didn’t stop.

While locked up their mother died as did their brother Charlie, and their associates and friends all fell away. But while Britain changed as a nation, the brothers continued to operate as the gangsters they once were.

The Krays: The Prison Years explores the fascinating and largely untold story of the Kray twins following their imprisonment.

David worked with Bobby Cummines, at one time the most dangerous man in the country, on the paperback edition of “The Parkhurst Years”.  Bobby was Britain’s youngest armed robber, aged only 16, and became one of London’s most formidable hitmen.  While in prison he became firm friends with Charlie Richardson, one-time rival of the Krays who had an astonishing business brain. At Parkhurst Bobby negotiated a truce between Reggie Kray and Charlie, preventing all-out war between the two gangs. “The Parkhurst Years” contains incredible true stories about the prisoners  who shared the facilities of ‘Britain’s Alcatraz’. Charlie insisted that Bobby should become educated and put his talents to more productive legal use. Bobby turned his life around, organised training schemes for prisoners and progressed through the Open University. He even advised the government on how to tackle crime. Bobby was awarded the OBE from the Queen in 2011. 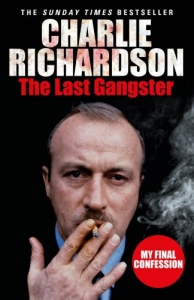 Notorious Charlie Richardson was the most feared gangster in 1960s London. Boss of the Richardson Gang and rival of the Krays, to cross him would result in brutal repercussions. Famously arrested on the day England won the World Cup in 1966, his trial heard he allegedly used iron bars, bolt cutters and electric shocks on his enemies.

The Last Gangster is Richardson’s frank account of his largely untold life story, finished just before his death in September 2012. He shares the truth behind the rumours and tells of his feuds with the Krays for supremacy, undercover missions involving politicians, many lost years banged up in prison and reveals shocking secrets about royalty, phone hacking, bent coppers and the infamous black box.

Straight up, shocking and downright gripping, this is the ultimate exposé on this legendary gangster and his extraordinary life.

I Am Not A Gangster 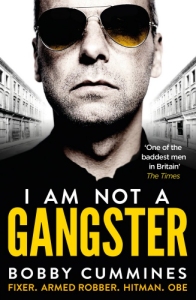 This is the gripping true story of how one man ruled his north London manor with an iron fist – and a sawn-off shotgun called Kennedy. It’s a shocking insight into a society where the rules are made by gangland leaders and if anybody dare break them, they have to deal with the consequences.

Bobby was sent to prison for the first time in 1967, aged 16, and over the next decade he established himself as a hardened criminal running protection rackets and robberies against a backdrop of all-out gang warfare, where doorstep slayings and bloody shoot-outs were common.

Eventually Bobby was sentenced to 12 years in Britain’s most notorious prisons, along with the Krays, Charlie Richardson and the Yorkshire Ripper. Inside, he was introduced to the Open University and on his release he soon got down to business again. Only this time his efforts saw him go from custody of Her Majesty’s Prison Service to meeting with the Queen herself…

I Am Not A Gangster is an explosive account of life in the criminal underworld by one of Britain’s most dangerous men, but above all it’s a remarkable tale of redemption with the biggest turnaround in gangland history.

Reunited In The Desert 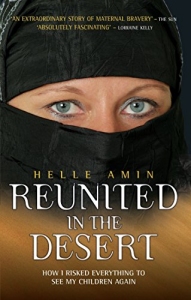 Helle Amin seemed to have the perfect life on the tropical island of Bali with her husband and four children. But one day in 2002 this idyllic existence was shattered when she returned home from a shopping trip to find her children gone. It didn’t take long to discover that her Saudi Arabian husband had taken them to live in his home country.

With her children thousands of miles away in the totally unfamiliar surroundings of an Islamic state, Helle drew upon her remarkable courage. Enlisting the help of her friends, she set off for the desert in a desperate attempt to find her beloved boys. Her journey was filled with drama, danger, excitement and sorrow. In the astonishing struggle that followed, Helle was reduced to catching occasional glimpses of her boys as they went to and from school in Jeddah. Some women might have given up, but not Helle. In a male-dominated society, she prepared her case and demanded justice in the Saudi courts. After a long battle, Helle and her boys were reunited forever, and as a testament to her bravery she was a recent Tesco Mum of the Year winner.

This gripping story cannot fail to touch any reader’s heart and is packed with adventure, heartache and joy. 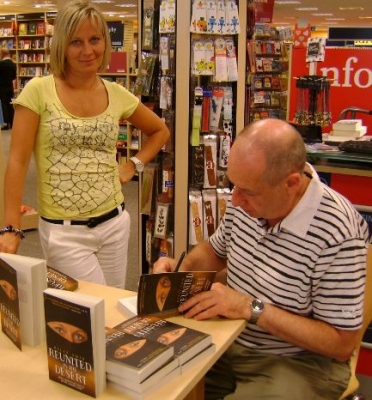 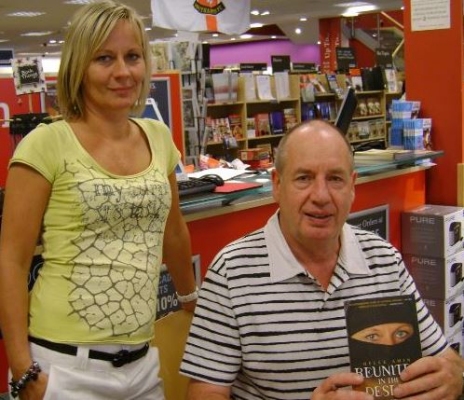 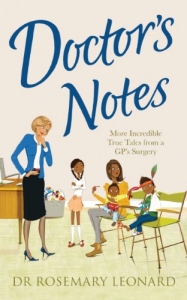 I’m in the wrong job,’ I said to our practice nurse, ‘I should definitely have been a detective.’

For BBC Breakfast’s Dr Rosemary Leonard, a day in her GP’s surgery is full of unexplained ailments and mysteries to be solved.

From questions of paternity to apparently drug-resistant symptoms, these mysteries can sometimes take a while to get to the bottom of, especially when they are of a more intimate nature.

In her second book about life in her London surgery, Dr Rosemary recalls some of her most puzzling cases… and their rather surprising explanations. 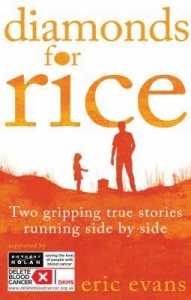 Diamonds for Rice tells the unique true story of a businessman, caught up in an African civil war, who bought his way out with a few bags of rice – traded for priceless diamonds. This gripping memoir covers the carnage in Africa, an amazing escape from the Orly bombing and two bone marrow transplants for Eric.

This is a vivid account of Liberia’s shameful past and the brutal civil war where rice was traded for valuable diamonds to pay for the last remaining air tickets. Ex-president Charles Taylor was sentenced to fifty years for war crimes – and is now serving that sentence in the UK.

Diamonds for Rice also describes the worldwide search for a bone marrow donor, who came to the rescue twice and saved Eric Evans from certain death. The ground-breaking medical story and the real-life dramas run side by side, involving the reader from the start. Gripping and honest about the realities about living with blood cancer, Diamonds for Rice will particularly appeal to those who have been affected by it, as well as those considering joining the bone marrow donor register. It will also be enjoyed by those interested in history and memoirs.

Anthony Nolan and DKMS, both global organisations, have contributed to Diamonds for Rice.